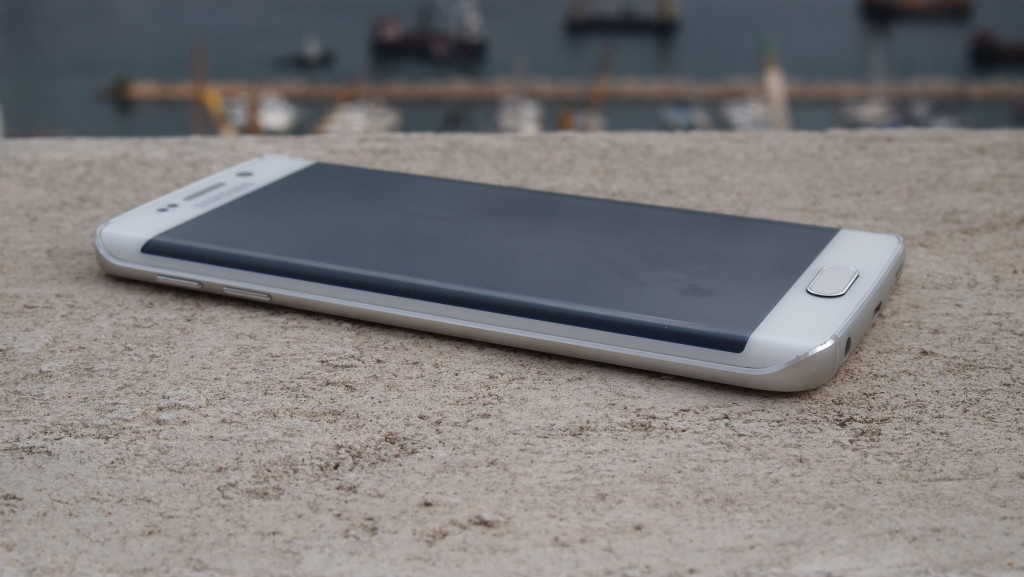 So everybody’s been worried about or cheering on Sammy’s dip in smartphone sales in the past year. The S5 didn’t do too well- it was a spec update and with more features crammed in without thought. Worst of all, the design stuck to their plastic origins and the general public must have finally gotten tired. It was a good thing that Samsung noticed, brought in a new designer and began experimenting with metallic phones such as the A series and then the Galaxy Note 4. They primed themselves to release a redesigned, metallic 2015 flagship phone that’s going to generate desire.
Instead of releasing one flagship smartphone, they combined the redesign with their other experiment to release two flagships – Edge. And thus the Samsung Galaxy S6 Edge is born. We have ourselves a S6 Edge to review so let’s see if it’s worth the premium asking price.

Display
+++ The AMOLED panel is beautiful. High resolution, bright with accurate colours and most importantly there is very little ghosting while scrolling

+++ viewing angles are excellent. tilt the phone whichever way and you’d be hard pressed to find any washed out colours. This is especially important considering the slanted edge forces you to view portions of the display at an angle anyway. 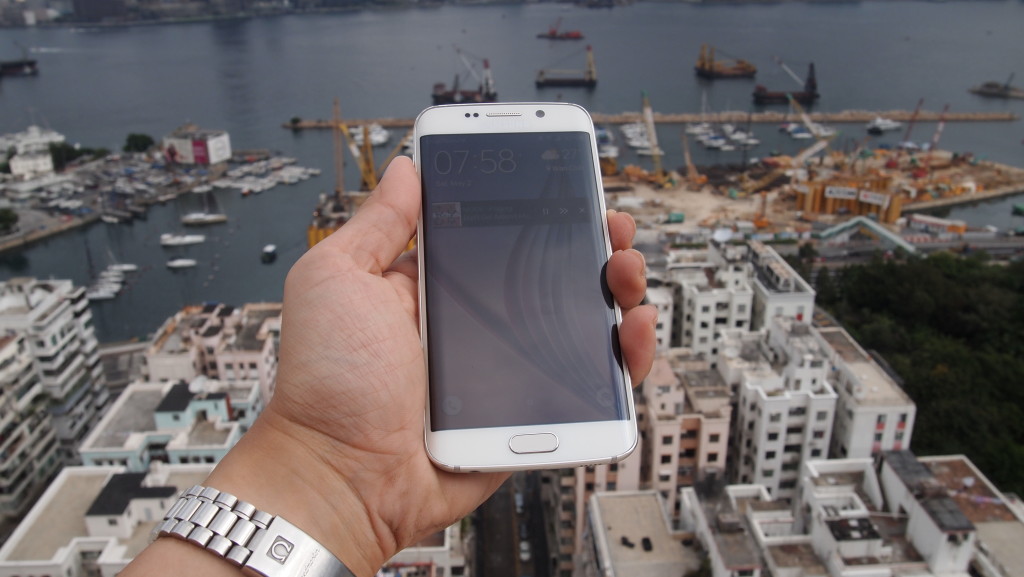 +++++ the dual edge display adds a whole new dimension to the form factor. On the macro scale it is one of the most unique- looking devices around. It’s so good it’s highly tempting to recommend the phone based on looks alone. The edge also gives the false impression that it’s a bezel-less phone when in fact the bezel is still there, the effect is akin to how Macbook Airs taper off toward the edges to make you think it’s slimmer than it really is.

++++ metallic / aluminium alloy material surround the sides, top and bottom. Nothing flexes about and everything feels nice and solid.

+++ Glass back truly adds to the list of premium materials used to build the phone. The material appears to be tough, almost supple (some type of reinforced glass) and very scratch resistant when I introduced a key to it on purpose.

—– the overall design is a huge step up, when you get down to the details you may notice Sammy has issues with something as simple as basic alignment. Take for example, the top of the phone (Edge only) has 3 holes, one for the sim tray pin, one for a microphone and a third.. technically not a hole.. the darkened lense protecting the Infrared blaster. The problem is, none of these holes are aligned, hinting sloppy design.

—- while the edge is aesthetically pleasing, it takes you a step back with the viewing experience and user experience. Whatever is being displayed, tapers off into the edge with images and videos being particularly prominent. This adds no value whatsoever and is in fact rather annoying when what you need to see slants off into the distance at the edges.
Worse still, we’re very much accustomed to using the the bezel as a means to knowing where our finger is through touch alone. Think F and J key bumps on most keyboards help you position your hand without you looking. It could be a matter of getting used to the whole experience but this one is definitely taking longer than usual. Tapping buttons close to the edges are no long intuitive because you can’t feel your way around the display.

—- sorry it looks far too similar to the iPhone in certain places. 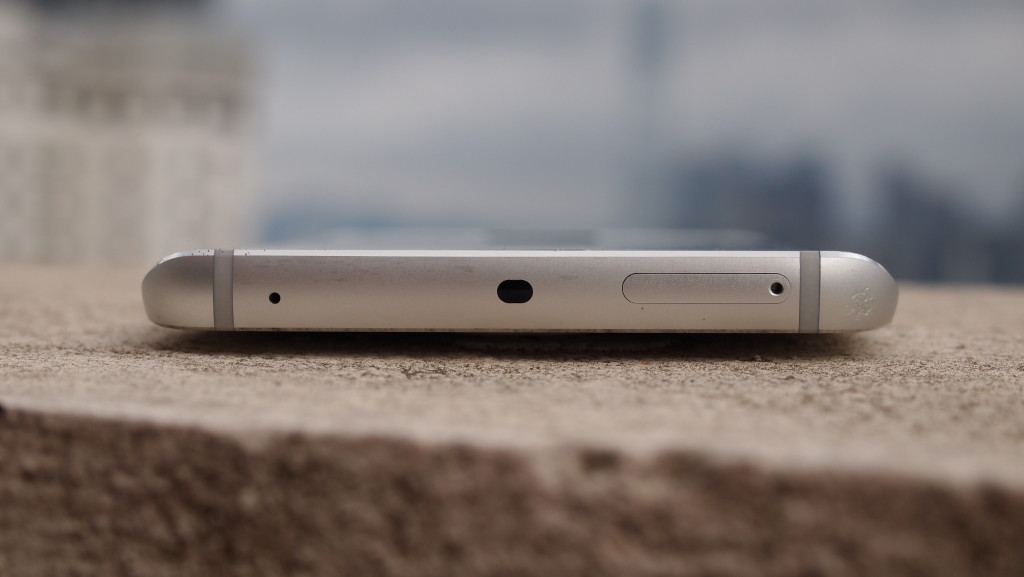 The ruler was not one of the designer’s tools.