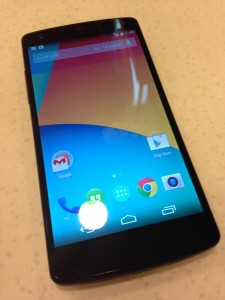 I did not expect much from LG at first, as I didn’t like the Nexus 4 at all. My first Nexus was made by Samsung and it was a terrible nightmare, which certainly added to my reluctance. One of the main reasons for purchasing this though, is because of it great value for money. With top-end specs such as Snapdragon 800 quad core, 2GB ram, 1080p IPS display and 16GB internal memory, cost would usually stand at flagship levels. But the Nexus 5 can be had for the price of a mid-specced smartphone.
Overall, using the phone has been a satisfying experience but not without fault.
Read on to see how it breaks down.