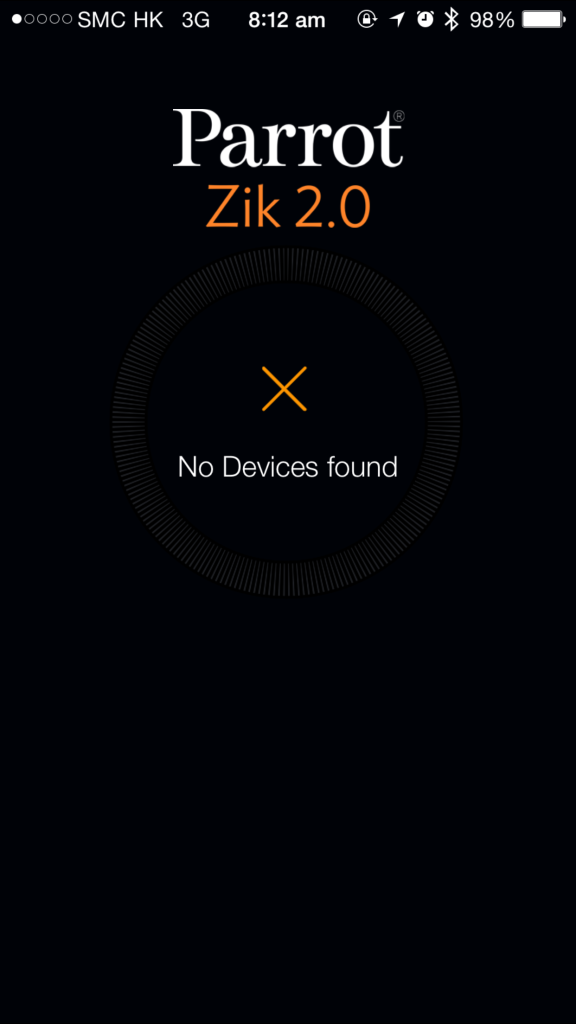 The dreaded “No Devices found” message

If you’re a lucky owner of a precious pair of Parrot Zik 2.0 and somehow the app on your iOS device isn’t recognizing it, what do you do?

Well, I’ve done all that. The best thing I got out of it was a temporary fix and then half a day later the issue resurfaces. I took the matter into my own hands and did a little detective work and came up with a workaround.

If you own a Zik 2.0 as well as a Pebble smartwatch, then this could be the exact reason why the app and the Zik aren’t talking- yup when both the Pebble and Zik are connected, the Zik app doesn’t like it. Sadly there is no solution just yet as I can imagine both devs blaming each other. My workaround involves simply turning the Pebble off temporarily while I fiddle with the Zik and its app.

p.s. there’s no interference between the Apple Watch and the Zik 2.0 so we might be able to blame Pebble on this one?