+++ battery life is fair. The 3450mAh unit will get you through a long day with heavy usage no problem but it won’t be that Blackberry that lasts through the week. In fact, considering the size of the battery, something must be amiss in the (software) efficiency department. Smartphones with 3000+mAh should be able to go nearly two days. But not this Blackberry.
The main issue encountered is battery drain during idle. I had the typical two email accounts setup plus a few more for social media. I’ve tweaked synching to periodic rather than push and I certainly did not have any android apps running in the background. And yet, the draining persisted. Having said that, heavy usage (except gaming) does not have any significant impact on the battery life.

+ overall performance is respectable but underwhelming considering the quadcore 2.26Ghz cpu. Apps load with reasonable speed but strangely enough are not quicker than what the dual core Z10 or Z30 offered.

+ Sunspider javascript benchmark 1.0.2 completed in a respectable 844ms. As a point of reference, the iPhone 6 completes it in just 379ms, and the Blackberry Z10 – 1525ms. And back then, the Z10’s overall performance was swift. 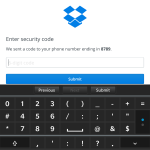 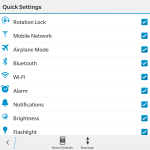 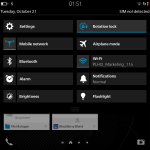