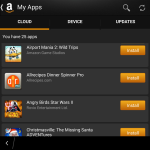 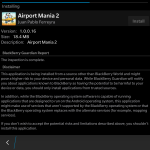 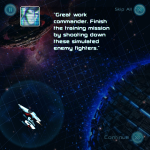 A fullscreen game in action

+++++ android app support- while you’re not going to – and likely never- find all the apps that are available on Google Play Store, there are enough to make this a significant feature.
What truly brings the Passport’s android compatibility to life here, is the Amazon Appstore. With Amazon’s free app a day and increasing collection of Android apps – all of which (that I’ve tested) compatible- this becomes a great value add-on for Blackberry and the Passport. Plus it has to be doing wonders for Amazon’s app selling business too.
If you’re coming from Android and you happen to have used the Amazon Appstore before then the genuine surprise would be finding out you can download all the apps you purchased or bought for free from Amazon to be readily available for download on the Passport. 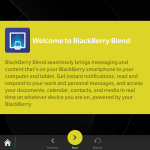 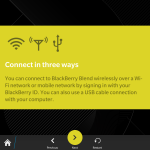 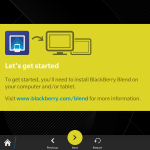 +++++ Blackberry Blend. The way I see it, Blend is actually an old failed idea in clever disguise.
A bit of history: remember the Blackberry Playbook? Yes that one. And remember how it was initially designed as a thin client to a Blackberry smartphone? Yup. It requires pairing, or as RIM called it- Bridge- with your compatible Blackberry phone in order to access mail, contacts, calendar and and so on. On the other hand, third party apps which are arguably less important can work without pairing.
Back then, pairing was required for core apps to work. Today, the idea is the same but the end result means actual convenience for the user. With Blend, you can have Mail and other core apps working on a number of difference devices such as your PC, a tablet, and they could all be running a OS other than Blackberry OS.
So you could carry on working on your emails when you get back to your office PC, or on an iPad or an Android tablet as you head for your meeting. Back on your Passport on your way home and then carry on on your Mac when you arrive. Same goes for text messages, BBM, and even file transfer.
Note that you still need your Blackberry smartphone to be connected to the same wifi network so the service isn’t cloud-based just yet.

+++ touch keyboard – to be specific, the hardware keyboard is also touch-sensitive and it’s not in any traditional sense. You can control items being displayed to a certain extent by swiping lightly on the actual keyboard. For example, you can scroll around in natural motion, flick to complete words, control the cursor, swipe to delete and so on.
The main attraction here is of course you can do these things without reaching upward to do them on the touch screen. It’s a convenience. The second advantage to this is you won’t obstructing the displayed content with your own fingers when you need to perform these actions, because you can do them on the actual keyboard.
This is certainly an innovative take on the already-brilliant hardware keyboard but at this time, control fluidity / sensitivity requires fine-tuning. 2/10 times the Passport failed to register what touch gesture I was attempting. 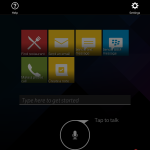 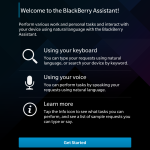 ++ Blackberry assistant is surprisingly cool. Assistant is Blackberry’s answer to iOS’s Siri, Android’s Google Now, Windows Phone’s Cortana.. and so on. It may not have the recognition prowess of Google Now, nor the quick responses from Siri but it’s surprisingly capable and integrates extremely well with the entire OS. It’ll happily search through most local content and launch apps even when they were sideloaded APKs (yes, conversion to BAR is no longer necessary!) in the first place. And it’ll even allow you to type in requests, just like Cortana does.
The only downside is speed as often it’s the slowest to respond when tested against other assistants.

+ Hub is as excellent as ever. A place to centralise all messages, e-mails, notifications is such a great concept and is executed with perfection here. As noted before, popular messaging apps like Whatsapp is fully integrated into Hub so there’s no need to launch a separate app at all. 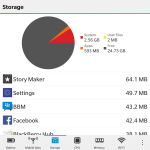 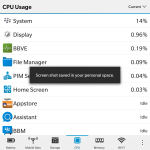 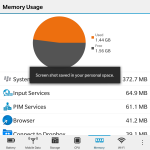 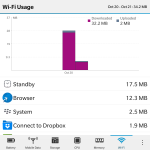 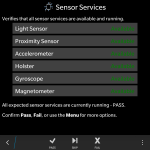